A downloadable game for Windows

During a drunken night out Riley and Elaine disturb an ancient magical artifact, and find themselves trapped in another world. Now they must contend with a myriad of fantastical trials and tribulations before they can return home, ideally with their humanity intact.

Extract the rar and run game.exe

Enjoying game, beat it once, Sun mirror puzzle bugging out for me, for some reason the mirrors never reflect the sunlight. Am i missing something?

I see you posted on the forum. Did it work out?

Hey I have a bug to report! Two even

2) if you return home right as the timer hits 0 and the screen fades to black it will be dark, but time will be frozen. You will have to navigate through the house in the dark.

Otherwise though I'm really enjoying this.

Thanks, I'll look into those.

It is refreshing to see a game posted in a finished state.  Thank you for your hard work.
I have just started playing, but the character interactions are at least natural seeming.

Even talking to the villagers is kind of fun.  I hope to see more of your work in the future.

thanks for good game. it was nice experience.dessert part was a little time consuming but was enjoyable.puzzle was not so hard and action combat part was like rhythm game.town part was felt a bit too short cause about half was in one(theft)

+ rarely screens froze(sound and control is normal), is it normal? 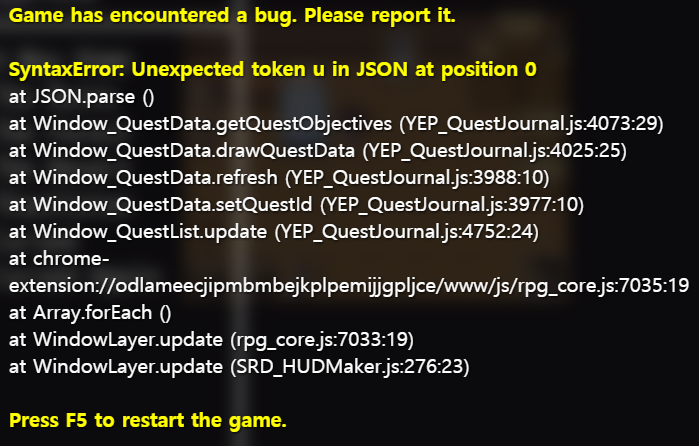 Thanks. Have you downloaded the most recent version of the file? That JSON error should be fixed already. A few other people have had issues with freezing screens, still looking into that.

i can't specify updated or outdated, files last fix date was 12-nov-15:37(time of unzip). [and if there than sorry for grammer/etc errors, i'm not good at english]

I got one of the forest tf but how do you get others? and do you need to be normal to get another tf.

You do need to be normal in order to acquire a TF. The first TF you get can be cured with the plant found in the northernmost clearing of the middle section of the woods.

People have already found most of the Tfs so you can look at the discussion thread to see their findings: https://tfgames.site/phpbb3/viewtopic.php?t=17432

I will post a full list in a few days once people have had a chance to explore everything themselves.

The puzzles have really been a high point for me. I think you've taken the crown for hardest notches-based modulo puzzle in a TF game, haha. Even once I knew how to get the solution I still needed to break out my calculator.

The puzzle with the 4 statues was a highlight among the puzzles, personally. It struck the right balance for my tastes in challenge, where I feel an additional hint or two could be useful for some other puzzles (in particular, the hidden item in the town).

The dialog has been great as well, and the couple of TFs I've seen have been well executed too. It looks like it's only possible to see two TFs for the player character per playthrough unless I'm mistaken, so hey, there's some replay value there.

I also have some bugs to report, but I don't know if you'd rather have me DM those to you or something, haha. (I had someone get annoyed at me for publicly posting about typos in their project a few weeks ago, so I feel like I need to ask, haha)

Oh, and since you finished during November, this is eligible to be entered into the ongoing TF game jam that Yafath and MalicTheWriter are hosting. You might be able to get a few more eyes on this by submitting it there!

Thanks for the feedback! I'd actually prefer if you post about bugs publicly, so that other people can see just in case they run into the same thing. You can post them here or on the discussion thread at tfgames.site.

I was considering entering it into the tf game jam, but it kinda felt like it wouldn't be in the spirit of a game jam since I've been working on this for so much longer.

This specific jam welcomes projects that have been in development for a while (and hey, at least 2/3 of the current submissions are in the same boat, haha) , so I'd definitely consider it fair game.

Okay, here are the bugs I spotted:

Re-entering the mayor’s house after obtaining the hat shows the hat on the mayor’s shelf again, and re-selecting the dialog option to get the hat results in a softlock, with the cutscene failing to play out, and the player being trapped in the cutscene room. (Edit: Already reported by Kithran)

After collecting the whole crown (not sure if this is what actually causes it, this is just when I noticed it) there is a crash when selecting available/completed/all quests in the journal:

When entering the second clearing in the forest from the north (either entrance, as long as I'm moving down), I occasionally had the screen go completely black. Moving around until I re-entered the previous screen fixed this every time, but it was still weird.

It's possible to get softlocked until the day timer runs out in the light beam puzzle rooms by moving a block into the exit. I don't have any early enough saves to check, but I imagine this is also possible in the room with 4 statues, but you'd kinda need to be trying to do that, haha.

I also had the game lock up visually (no more graphics updates, but I can hear that the game is still running despite that) a few times, but I'm not sure what caused that. It seemed to be random, and I couldn't reproduce it any time that it happened.

Edit: Oh, one more thing. Ziba's hint for the location of the item in the town (which I personally saw by opening the game up in Translator++) doesn't appear to actually trigger in game after investigating the flowers, unless I'm missing something. Making this trigger correctly would definitely address my criticism of the lack of hints for that section.The cell door puzzle might be better with additional hints though, if I hadn't personally made a TF game with a puzzle featuring notches and modulo, I don't know if the answer would have been as clear, haha.

Thanks, I've solved most of those and will release an update a bit later. For the issue where the game locks up visually, do you remember which room/what scenario that happened in? You can dm me if the answer would involve spoilers.

As for Ziba's hint, the requirement for it to appear is that you have asked her about herself.

Let’s see…. I don’t think I can remember all of them, but there really was no pattern that I could discern.

The first time it happened was about 1 hour in, right after getting scratched by the jade cat. When the clock turned over to nighttime and I was walking though the central room of them temple to get back to bed, the game locked up.

The second time was in the village, after I had gotten the quest to get Ziba’s flower, grabbed the flower, and returned it (unfortunately, all without saving, which I imagine was partially to blame for my knowing that Ziba was a florist but not being able to select the relevant option, haha). Strangely, this one occurred not during gameplay, but when I left the game on pause for a while. IIRC, I was on the journal screen at the time, in the town.

The other three times it happened stand out less in my mind since I didn’t lose much progress as a result, since I was saving very frequently after the incident with the flower.

I do remember that one of them happened on the day that the old guy’s story event took place, but beyond that, I don’t have many details for that one.

Another, I do remember that the clock turned over into dusk right before, but I don’t recall where I was.

Interestingly though, I can say with confidence that once I was past the ~3 hour mark, I didn’t experience this again.

Thanks. Those are all rather strange. As far as I can tell there are no incorrect triggers or events causing infinite loops or anything like that. Maybe there's something in one of the plugins I used which disagrees with certain PCs.

So how do tf's work in this? and how long is the game.

It's pretty long. I'm currently 5 hours in, and while I imagine I'm pretty close to the end, it's not over yet.

TFs are caused by interacting with cursed items, and the ability to cure them is very rare (in fact, afaik there is only one cure item in the entire game, so it's pretty likely you'll get permanently turned into something that isn't human). 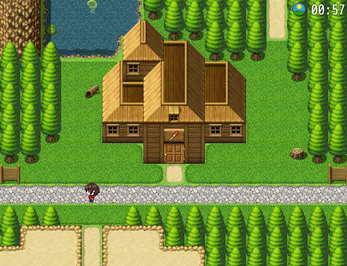 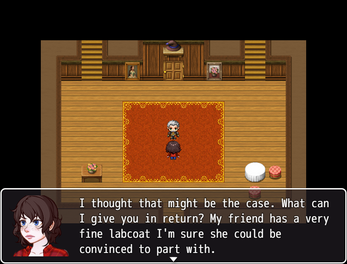 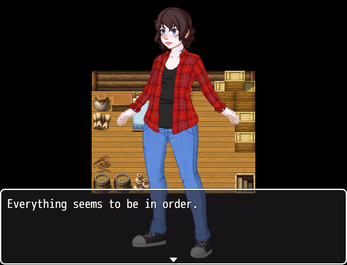 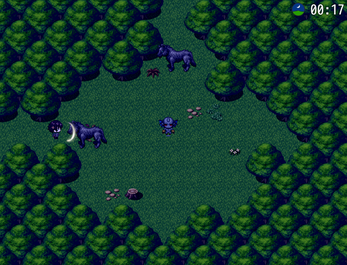 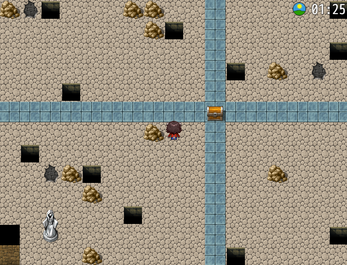 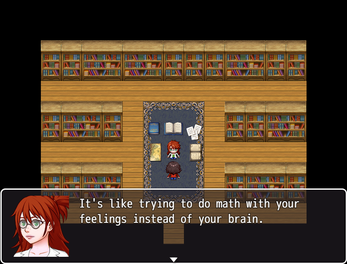 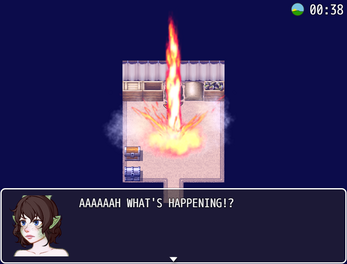